The Music Modernization Act is officially submitted into the House of Representatives. This act would produce a corporate to regulate a comprehensive mechanical licensing system. Also, this act would force the ASCAP and BMI rate courts afar from the judges that have supervised over them and could automatically appoint every rate dispute lawsuit to any judge in the Southern District of New York. The legislation would remove the order barring rate court judges from granting aud

Based on an article by Tim Ingham for Music Business Worldwide. Private US-based licensing organization SESAC has reached a new deal with the Radio Music License Committee (RMLC), which the PRO claims will result in substantially larger rates for its clients that ASCAP’s equivalent agreement. The RMLC represents more than 10,000 commercial radio stations in the US market, and has been in arbitration with SESAC over royalties since 2015. That process now has a definitive resul

In late 2018, BMI and ASCAP plan to launch a new musical works database to offer more transparency to music users and the industry. BMI and ASCAP are working with copyright and tech experts to analyze data from each of their current systems for inaccuracies in registrations, and share splits, ownership disputes and complications related to international works. This new musical database will have the same information that’s available on ASCAP's Ace Repertory and BMI's Repertoi

While at the ASCAP "I Create Music" EXPO last month, Tuko and Dave got a chance to chat with Tiara Guy of SoundExchange to chat about why artists should sign up for SoundExchange. To register for SoundExchange head over to: https://www.soundexchange.com. Are you signed up with SoundExchange? Are you thinking of signing up? Let us know below. #SoundExchange #ASCAP #MusicRoyalties 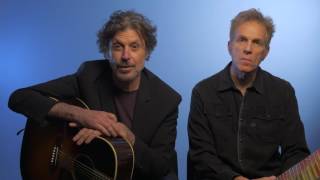 ASCAP Wants You to Stand With Songwriters

(By Robert Levine | November 08, 2016 for Billboard.com) The part of the U.S. Copyright Act that exempts some small restaurants and bars from paying public performance fees to collecting societies could be costing rightsholders more than $150 million a year, according to a study by the consultancy PMP Conseil. The study was presented by Keith Donald, chairman of the Irish Collecting Society IMRO, at a meeting of the International Council of Creators of Music. The research was